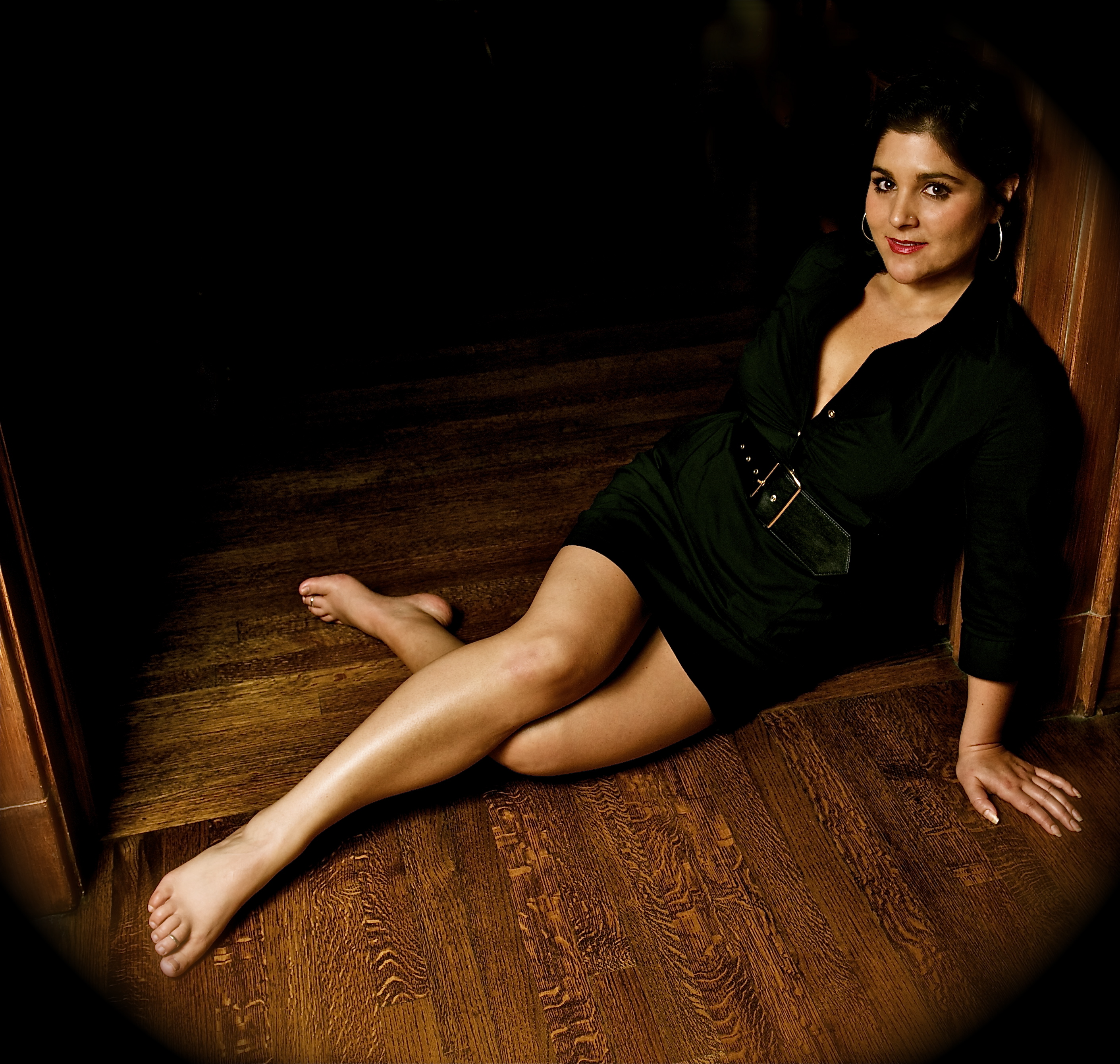 American Soprano Alicia Gianni, whose performances have been described as “charming, impressive” and “powerfully real,” has enjoyed successes on both operatic and concert stages, including nominations for Houston’s Best Jazz Vocalist by the Houston Press Music Awards. Such nominations have followed concerts in Las Vegas for T-Mobile, Magic Johnson, and The Late Late Show’s Craig Ferguson.

This season offered a major role debut as Rosalba in Florencia en el Amazonas with the Houston Grand Opera. She will soon be featured on the commercial recording of Florencia, which is currently in production. Hannah Che of the Houstonia Magazine wrote, “Soprano Alicia Gianni played Rosalba with an earnestness and warmth, with pearly clarity and sweetness in her voice that balanced Martinez’s.”

The 2016-’17 season began with a role debut as Giannetta in Houston Grand Opera’s L’Elisir D’amore, and was followed by a successful debut as Adina in Opera Birmingham’s production of L’Elisir D’amore. Ms. Gianni also debuted with Musical Bridges in San Antonio as a featured soloist in their Mozart concert and will perform several private parties this season including various musical theater repertoire and jazz standards. She performed a triple soprano role for the workshop of Houston Grand Opera’s World Premiere of The House Without A Christmas Tree by Ricky Ian Gordon and Royce Vavrek that premiered in the ’17-’18 season.

Audiences found Ms. Gianni’s performances as Papagena for HGO’s production of The Magic Flute both memorable and comedic at The Wortham Center, The Miller Outdoor Theater, and The Cynthia Mitchell Pavillion. She ended the 2015-’16 season as the official cover for Margaret Hughes in Carlisle Floyd’s world premiere Prince of Players, commissioned by HGO and with Christmas Cabarets at Opera Birmingham and Arizona Opera. Ms. Gianni then returned home for Houston First’s New Year’s Eve Broadway Concert at HGO as a featured soloist. In her performance and role debut as Petra in HGO’s A Little Night Music, critics acclaimed, “with her thrilling rendition of “The Miller’s Son,” Alicia Gianni as Petra stole the highpoint of the second act…celebrating lustiness, experience, and adventure, and Gianni finished her emphatic phrases with long, non-vibrato belting. She was absolutely thrilling in every respect.” (Theodore Bale, Culture Map). Others hailed, “Gianni inhabits the earthy, saucy serving girl Petra; she scores a knockout with her dynamic rendition of her provocative “The Miller’s Son,” (Everett Evans, Houston Chronicle) or “Gianni enlivens the strange role of Petra, a kind of lady-in-waiting, with a sublimely earthy, world-weary nobility, especially in her Act II number about the course of any marriage.” (John DeMers, Houston Arts Week).

Ms. Gianni enjoyed performances with the River Oaks Chamber Orchestra in concerts featuring Song to the Moon from Rusalka, All The Things You Are, and Victor Herbert’s Art is Calling For Me. She was also involved in special performances of HGO Co’s The Passenger Series, performing as the soprano soloist in such works as Jake Heggie’s Farewell Auschwitz in Music of Memory and Hope: A concert of Remembrance and Joy, and songs by Viktor Ullmann in From Terezín.

The Washington Post acclaimed Ms. Gianni’s debut as Despina in Così fan tutte with Wolf Trap Opera as “firm and sparkly.” Performances of both Fortuna/Giunone in Il ritorno d’Ulisse in patria followed shortly after, concluding the season with Portuguese songs by Villa Lobos in a collaborative recital titled The Pursuit of Love with Steven Blier. She sang the role of Beryl and covered Elizabeth Futral in the role of Laura Jesson during the world premiere of André Previn’s Brief Encounter with HGO. She sang the role of Laura during the original workshop, performing for Mr. Previn, librettist/director John Caird, and conductor Patrick Summers. Ms. Gianni can be heard on the recording of this premiere, released by Deutsche Grammophon in 2011.

In her debut with the HGO, Ms. Gianni sang Gretel in Hansel and Gretel, followed by her appearance as the Rooster/Jay in The Cunning Little Vixen. She also made her debut with the Houston Symphony Orchestra where she was featured in a New Year’s Eve performance with conductor Randall Craig Fleischer, followed by performances of Kapilow’s Green Eggs and Ham as part of the Houston Symphony’s Children’s Series. Ms. Gianni was heard in Die Zauberflöte as an “aurally wonderful evil hag who turns into a lively Papagena” (Houston Chronicle), covering Pamina in the same production. In addition, she was heard as Musetta in La Bohème in the end of that season. As a studio member, she covered Ana Maria Martinez as Donna Elvira in Don Giovanni, was showcased in scenes as Mimi in La Boheme, Stella in A Street Car Named Desire, 2nd Niece in Peter Grimes, and Héro in Béatrice et Bénédict, and sang recitals in both the Rienzi and Taste This series in Houston, directed by Kathleen Kelly.

While a member of Florida Grand Opera’s Young Artist Program, Ms. Gianni made her debut as the Countess Ceprano in Rigoletto. She was featured in scenes as Nedda in Pagliacci, Zerlina in Don Giovanni, and Tatiana in Eugene Onegin, performed in recitals with pianist Scott Gilmore, and sang for master classes given by Evelyn Lear, Thomas Stewart, and Ms. Virgina Zeani. In performances as Fiordiligi in Così fan tutte with conductor Mischa Santora, she was hailed as “a standout…delivering Come scoglio with convincing defiance, “ and “traversed a range of emotions with impressive coloratura.” (Cincinnati Enquirer). The Cincinnati Post raved, “Gianni displayed a remarkable voice…warm and strong at both ends…Fra gli amplessi was the single most beautiful moment in the opera.” During the summer festival in Torre del Lago, Italy, Ms. Gianni was heard as the title role in a concert performance of Puccini’s Suor Angelica, and during the study of her Artist Diploma at the College-Conservatory of Music, University of Cincinnati, she performed Micaëla in Carmen, Ms. Poe in The Voyage of Edgar Allan Poe, Infantin Klara in Zemlinsky’s Der Zwerg, and Zillergut in The Good Soldier Schweik,

Concert work includes the Brahms Requiem, Mozart’s C Minor Mass with the Hickory, NC Choral Society and Orchestra, and the Mozart Requiem with the Palm Beach Symphony Orchestra. She has performed with the Cincinnati Chamber Orchestra and Florida West Coast Symphony. Musical theater credits include Dolly Levi in Hello Dolly, Polly Baker in Gershwin’s Crazy For You, scenes from Show Boat (Magnolia and Julie), The Sound of Music, Guys and Dolls, Oklahoma, Annie, Cinemagic and 100 Years of Broadway. Ms. Gianni was the winner of the Advanced Division of the Seattle District NATS competition, received 1st place in CCM’s Corbett Scholarship Competition and 3rd place the following year. She respectively earned both 2nd Place and Audience Choice titles in the Houston Grand Opera Eleanor McCollum Competition, was a regional finalist in the Metropolitan National Council Auditions, and a Sara Tucker Grant nominee.